FBI relationship with the Kurdistan 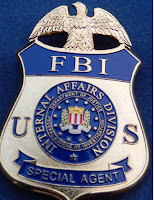 QUESTION: Thank you very much. Rahim Rashidi from Kurdistan TV. My question is: Do you have any office in KRG, Kurdistan Regional Government, and how you describe your relationship with Peshmerga? Because we know the Peshmerga capture many member of the ISIS, including U.S. citizens.
MR PIRO: So we have personnel throughout that region. We have personnel strategically located. Some of those positions or some of those locations are acknowledged; others are not. So I will tell you we have folks in – throughout that region. Because of ongoing matters, I don’t really want to discuss where we have everyone. We recognize – again, as I mentioned earlier, every partnership is key for us. Every relationship is important because of the value – as you mentioned, the information sharing, the intelligence, the cooperation that we gain. The FBI is committed to those partnerships and those relationships and to our mission.
As you mentioned, ISIS is a significant threat really to the entire world, not just the United States or to that region or that part of the world. It is starting to affect everywhere – again, as I mentioned earlier, what has transpired in Europe and things like that. So our effort to work with everyone and anyone that can jointly support the FBI’s effort, the FBI will pursue that relationship or that partnership.
. 7/12/2018 12:14:00 PM Posted by rehimreshidi