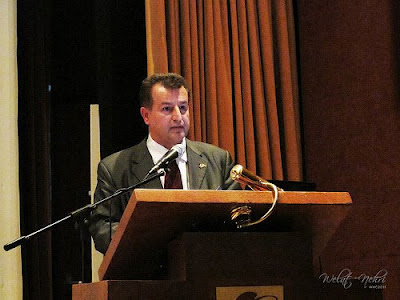 
The following clip is a long dialogue on why federalism could save Iran from tearing apart and shows how eagerly the Kurdish population and other nationalities within the country are truthfully and rightfully seeking to establish a fair federal system in which the power and wealth are more fairly divided. A system in which all the nationalities and cultures are participating at all governmental levels and have saying everywhere! And not only a centrally regulated authoritarian regime with a bloody tyrant on top (like Sheikh or Shah which over 25 hundreds of years have ruled the people's entire lives in Iran), makes every single decision for all!
People are fed up with a monolithic central autocratic regime and look for diverse, multicultural and pluralistic system of regional and local authorities in which people's participation is at most
Mr. Taghvaie is an old member of the Toodeh Sovietist party who has always supported the Islamic regime in...the last 32 years and one of the opponents of the federal system who has not even have appropriate knowledge on the theories and concepts or understanding of the thematic. He is just blaming the Iranian nationalities of being separatists without even clarifying what form of the government he is advocating!!

Today, the main reason for federal system in countries like Iran is the real power divisions in which all people are participating at all levels of decision-making. Division of political power takes the following forms