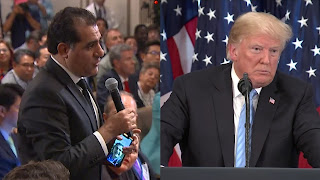 Rahim Rashidi (Mr. Kurd) was born in 1978 in Markhoz village, Saqqez, Kurdistan. Rashidi started his career as a Peshmerga and can speaks Kurdish, Farsi, Swedish, and English. Today, he is a human rights activist, writer, and journalist. He has been interviewed by many local and international media, press, radio and television agencies on local, and global political, historical, and social issues and affairs.

Rashidi began journalism in 1996 working for “Voice of Iranian Kurdistan” Radio and “Kurdistan” Newspaper. In 2004 he became a member of the editorial team of “Rêjwan” magazine in Sweden, publishing in Swedish and Kurdish.

Rashidi has translated tens of literary, political, and social articles into Kurdish, including the following four books: In Africa it's Always Midsummer, The Principles of a Democratic State, Peaceful and Civil Struggle, and Women's Rights, Human Rights.

From 2006 to 2010, Rahim was a member of the board of directors and the editor of the news department for “Tishk TV,” located in Paris, France.

In 2018, Rashdi was nicknamed “Mr. Kurd” by the President of the United States of America, and later, due to the impact of that nickname, he was named the “Man of the Year 2018” by the the “Washington Free Beacon” online newspaper.

In June 2019, the Basnews Press Agency wrote this about Rashidi:

“Rahim Rashidi is one of the most active and enthusiastic Kurdish journalists who has roots in the Kurdish national democratic movement and resides in the United States. Rashid is an exemplary Kurdish activist and a role model Journalist who is a constant advocate of the Kurdish nation interests and a strong voice in defanging the Kurdish struggle in the US prestigious decision-making centers and headquarters, diplomatic venues, and international media outlets. In the recent years he has made tens of political figures, and Human Rights activists, to the friends of the legitimate cause of the Kurdish nation and the interests of Kurdistan; especially, he stimulated the question of the independence of south Kurdistan in the American media and social groups. He appears everywhere as a long-standing advocate of his nation’s rights. He has interviewed tens of international figures about the Kurds and Kurdistan and become a beloved person among his nation. Such people are proud among their nation. The history will honour them and they will be remembered for generations.”

Today, Rahim is the Chief Correspondent for Kurdistan24 and Kurdistan TV in Washington, DC. Mr. Kurd also oversees the operations of Zagros TV’s Arabic section. Rashidi is also a member of the Gold Institute for International Strategy, and a consulting advisor to several companies and establishments in Washington, DC.