‘War Can't Stop Love’ is a fierce, fast-paced novel about the Kurdish struggle for independence 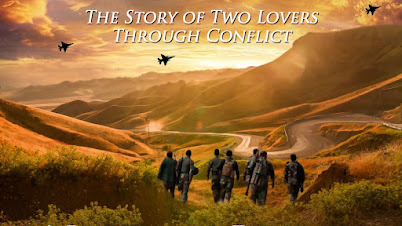 Kurdish American Newzad Brifki’s new novel “War Can’t Stop Love” is a fierce, fast-paced, detailed saga that recounts the Kurdish struggle for independence from the 1980s to 2004, during the last days of Saddam Hussein's brutal reign in Iraq.

It follows the life of Shivan, a young Kurdish farmer from the village of Belizan, located just an hour’s ride from the Kurdistan Region’s Duhok. This young man eventually becomes a proud member of the Peshmerga forces, a husband, a father... and a refugee.

He is a born fighter, troublesome, and wild as a child. To free his people and become a hero in the eyes of his beloved Berivan, Shivan decides to abandon his education at thirteen years of age and take up arms to become a freedom fighter, a Peshmerga.

He, however, must learn when and how to fight in a different way than he ever has to achieve what he wants, as well as the girl he loves.

As a refugee in Turkey and then the United States, Shivan pulls together the remaining shattered pieces of his life and family, ultimately returning to his homeland while serving in Operation Iraqi Freedom. This story of love, grief, bravery, terror, and honor will strengthen your passion for Kurdistan and make you shed tears along the way.

Immerse yourself in the life and land of Kurdistan as Shivan pursues Berivan and his deepest heart's desire, the return of Kurdish freedom and honor. 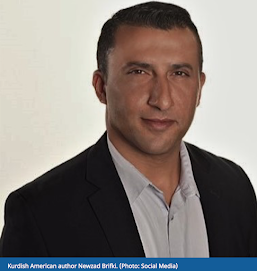 Click here to purchase either the PAPERBACK VERSION or the E-BOOK VERSION of “War Can’t Stop Love.”

Newzad Brifki’s family left the Kurdistan Region to resettle in the United States when he was just seven years old. He holds an MBA, is a former mayoral candidate, and an active philanthropist. He plans on writing more nonfiction books in the near future and currently resides in Dallas, Texas.