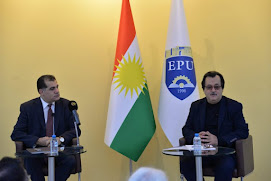 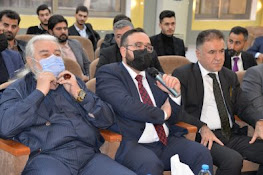 At the beginning of the debate, the Debate Manager Dr. Bahat Qaradakhi welcomed Mr. Kurd; then, they started performing the discussion. Mr. Rashidi talked about U.S.A politics, their perspective, and their influence on the KRG. The attendees began expressing and directing their comments, discussions, and questions that were responded to by the panelists. 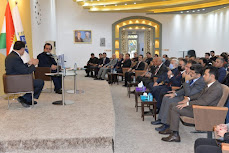 At the end of this event, his Excellency the EPU Rector offered the EPU placket to Mr. Kurd and expressed his gratitude and appreciation for conducting the debate. Later, Mr. Rahim Rashidi told his privileged feeling for arranging this activity and thanked the university Rector for his gift. He said, “I am delighted that I received this precious present at a scientific place from a scientific person; thanks again.” 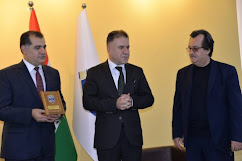