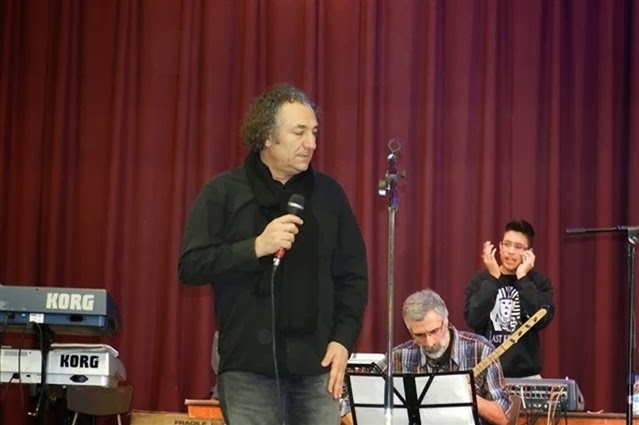 Canadian authorities at the Toronto International Airport have prevented Syrian Kurdish singer Khayro Abbas from visiting the United States.
Abbas, a German citizen, was expected to hold a concert in the U.S. for the anniversary of the formation of the first Kurdish republic in 1946 in Muhabad, an Iranian Kurdish city.
Abbas previously held two concerts in Canadian cities Vancouver and Toronto. He was on his way to perform in Washington when Toronto authorities reportedly refused to let him travel to the U.S. without giving an explanation.
According to information obtained by BasNews, Abbas and his accompanying entourage were arrested for a week after airport officials in Toronto asked Abbas what was in his bag and Abbas jokingly answered, “There is a bomb in my bag.”
This is not for the first such a case has happend to Kurdish singer in North America.
In the past some Kurdish singer were barred from enterying US or Canada on basis of being supporters of Kurdish Worker’s Party (PKK) which both Canada and the U.S. still classify as a terrorist group
There have been numerous cases in the past of Kurdish artists with close ties to the PKK being denied entry to the U.S., that of famous Kurdish singer Shivan Perwer being one of the most notable.
. 2/08/2014 03:53:00 PM Posted by rehimreshidi